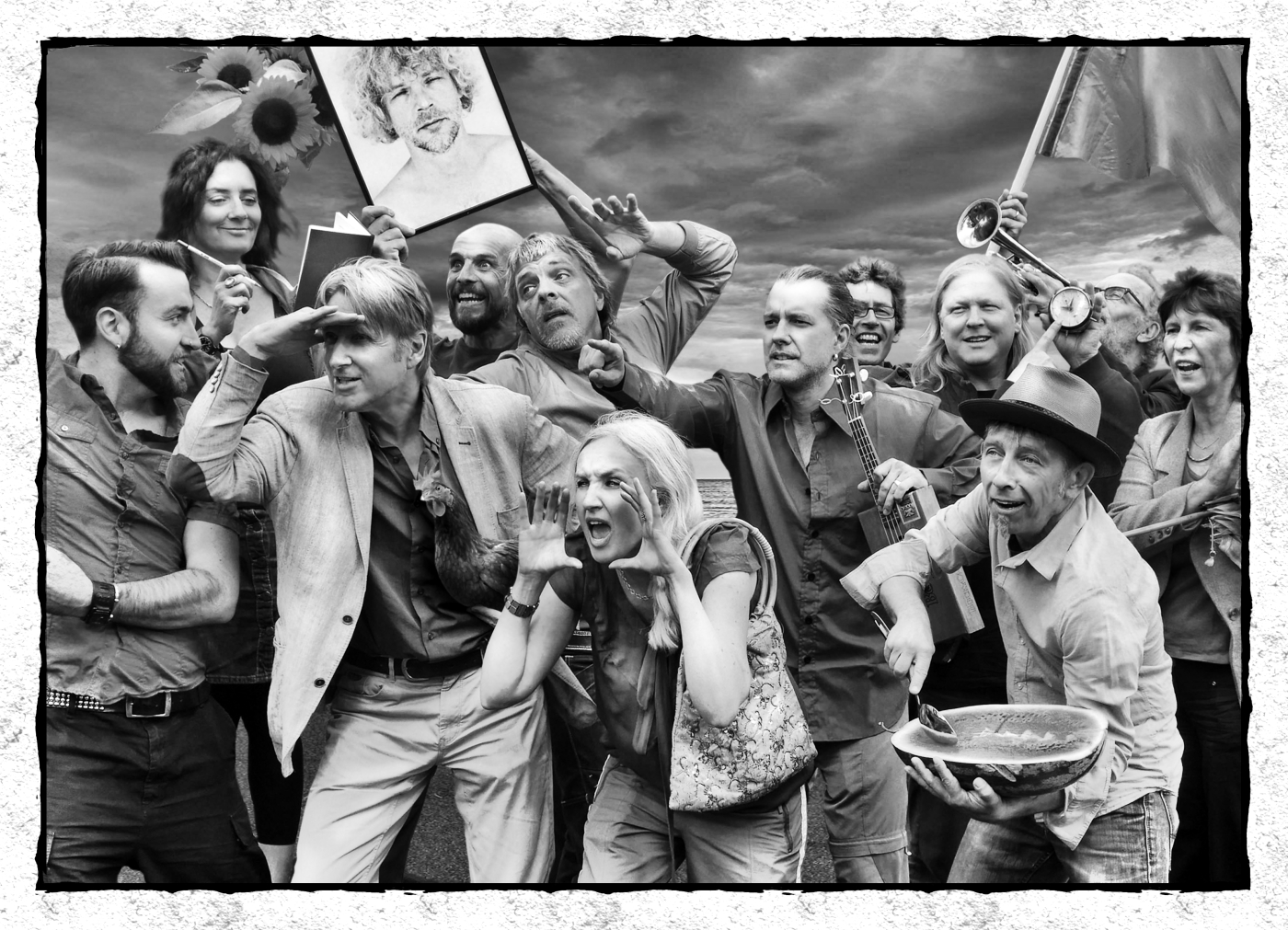 17 Hippies is a band from Berlin, Germany, playing largely on acoustic instruments. Their music is a confection of various folk influences. They are most popular in their native Germany and France. The band was founded 1995 in Berlin by Christopher Blenkinsop (bouzouki, ukulele & vocals), Carsten Wegener (bass), Lutz “Lüül” Ulbrich (banjo & guitar), Kristin “Kiki” Sauer (accordion & vocals) and Reinhard “Koma” Lüderitz (bagpipes). They first used the name 17 Hippies in the fall of that year.

In 1996 they began to organize their own series of free concerts called Hippie Haus Tanz (Hippie House Dance). At this time Antje Henkel (clarinet), Elmar Gutmann (trumpet), and Ulrike “Rike” Lau (cello) joined the band. In 1997 Henry Notroff (clarinet) and Dirk Trageser (guitar & vocals) also were added, and live recordings of different concerts and rehearsal room sessions were compiled into their first CD Rock’n’Roll 13. In 1998 they played at the SXSW Festival in Austin, Texas and then toured in Texas and Louisiana. Later that year Uwe Langer (trombone) joined the band and they played in Paris for the first time.

They established their own record label and in 1999 released their second CD Wer ist das? (Who is that?). The French label Buda Musique released a compilation of both CD’s called Berlin Style, which was then also released in Italy. Volker “Kruisko” Rettmann (accordion) joined the band.

In 2001 the band wrote the score for the German movie Grill Point (Halbe Treppe) by Andreas Dresen and they performed in a cameo role in the film. A tour of Budapest, Prague, Vienna and France took place, and the second French album Sirba was released, featuring their first radio hit “Marlène”. Kerstin Kaernbach (violin) also was added to the band lineup. Their first studio album Ifni was released in 2004. An extensive tour of Germany, Switzerland, the Netherlands, Belgium, Hungary, the Czech Republic, Morocco and France ensued. Daniel Friederichs (violin) became the last member to join the current lineup. In 2006 the band made a tour of Japan and Spain and composed the music for the play Kasimir and Karoline, staged at the Deutsches Theater in Berlin.