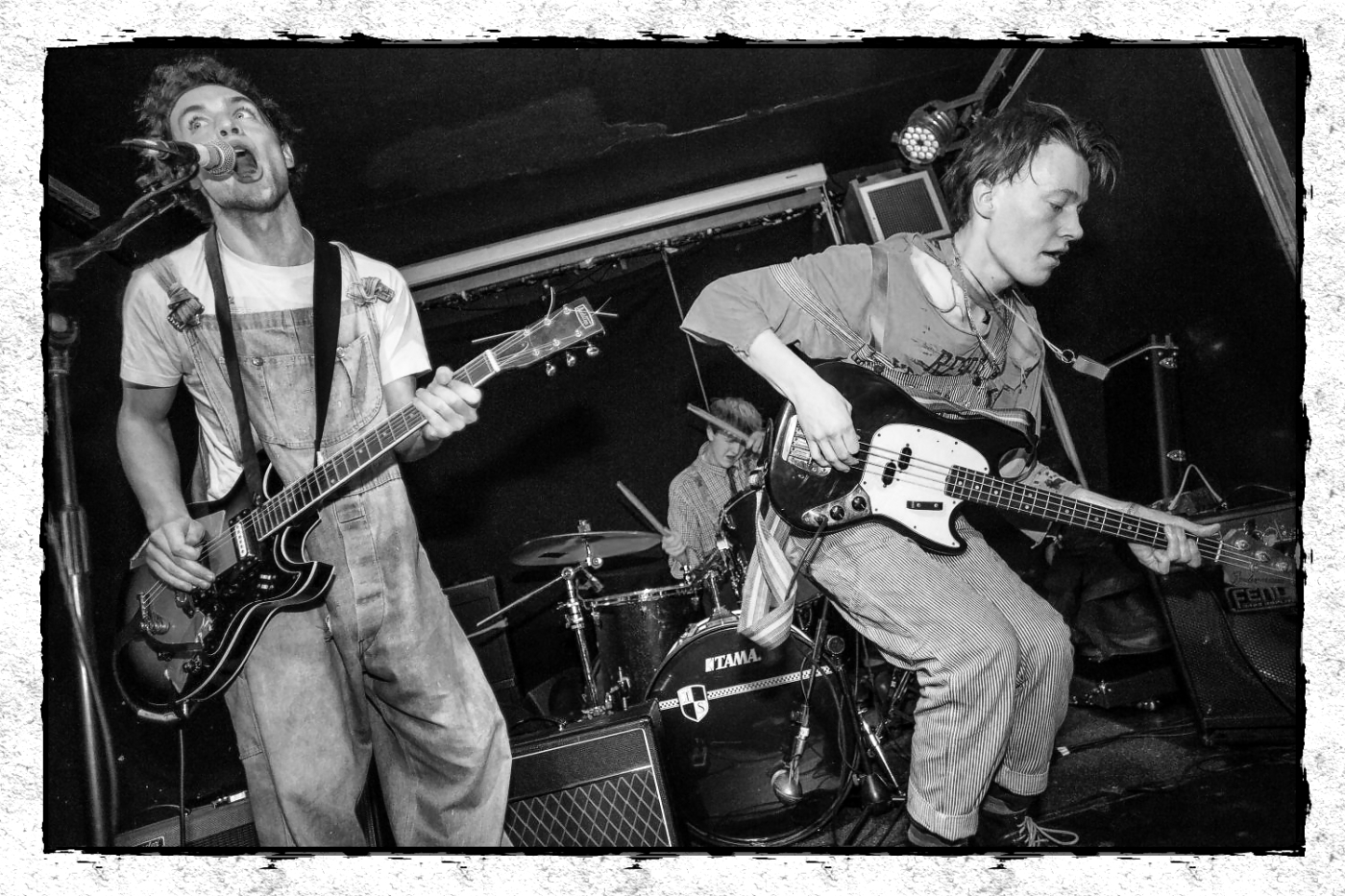 Attention !!! It makes us very sad to announce that dead pretties is no more, it’s been a blast and although this is the end of a chapter it is also a new beginning. You will undoubtedly see us playing in new bands and under new names in the near future. We would like to thank all of those who have come to our shows and to those who have helped us along the way. We leave you with a final song, our parting gift

Injecting fun into London’s rising army of great new bands, Dead Pretties are guitar heroes-in-waiting – or one step away from the self-destruct button.

Scruffy, charming Dead Pretties frontman Jacob Slater takes his cues from Jack Black’s deranged Dewey Finn character in School of Rock. So much so, he’s often found performing impersonations of his favourite power chord-chugging professor. “It keeps music fun!” he beams, sipping on a Guinness in his Tottenham local, just past midday. “People look down their nose at that kind of stuff. But if you can’t keep it fun, fuck off.”

Dead Pretties are stupidly fun. Their live shows – mostly at Brixton Windmill, the hub of south London’s fledgling scene – are crazed, communal experiences. During one sticky, over-excited performance in summer 2016, Jacob spewed the previous night’s dinner all over himself. He’d had one too many bevvies (and other things, by the sounds of it). “That taught us a lesson,” bassist Oscar Browne says. “Don’t get me wrong, we still indulge ourselves prior to shows in as many ways as possible,” chimes in Jacob. “But we know our limits now.” He’s fibbing slightly, there. These three have the demeanour of a trio of recently un-caged wild hyenas. They want to write, record and play as many shows as possible, even if that means sleeping on each other’s floors and being broke. They haven’t exactly settled.

The three of them share a north London house with two other revellers, a five-minute walk from their rough-around-the-edges boozer of choice. “The kitchen looks more like Dresden now,” Jacob jokes. “I walked in there today and it’s got that sort of smell where you can take a swab from anywhere and you’d grow some horrible bacteria in a Petri dish.” He takes a moment to inspect his tar-black nails, which look like they’ve been dragged in hot coal. “I mean look at this! What is underneath these? I don’t even wanna know”.

DEAD PRETTIES ARE CALLING IT A DAY